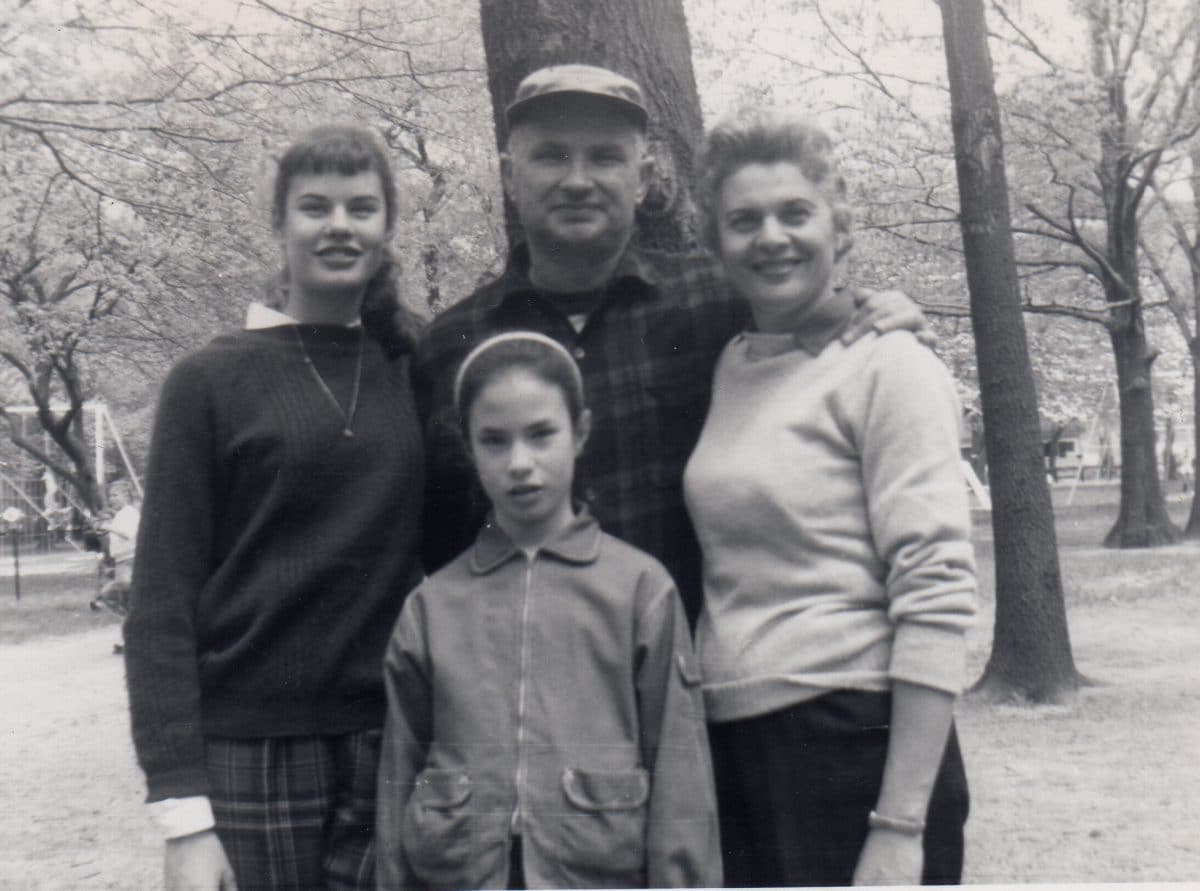 Walter Chan, the proprietor of The Chow Mein Inn (in Rockville Center, Long Island, N.Y.) always greeted us personally as my family slid into our regular booth for another delicious Sunday night dinner. A round, bald man with glasses, he cheerfully summoned the adorable waitress who was dressed in a silky mandarin sheath. She gave us menus and politely waited for our orders, while innocently bantering with my blushing father. My mom, dad, sister and I studied the menu, but the result was predictable. The only decision was perhaps having two dishes from Column A instead of one from Column A and one from Column B.

Crisp noodles were brought to the white linened table along with two small dishes, one holding sweet and sour ‘duck’ sauce, the other spicy yellow mustard. Out came steamy bowls of wonton soup, which we sprinkled with the noodles from the table. This soup always contained two light dumplings wrapped around some chopped pork. Softened bok choy leaves and slivers of pork completed the delicious potion, and I ate slowly to savor every bit.

That prelude was followed by egg rolls. My father always added extra soup and egg rolls to our ‘dinner for two,’ and at the end of the meal, extra dessert. Once we went to a different Chinese restaurant where my father proceeded to order as usual, and the waiter announced in a loud tone: “Dinner for two…for FOUR?” My father laughed!

At our regular place, they were accustomed to our way of ordering. The egg rolls came out, each split in thirds, crispy on the outside and stuffed with chopped vegetables and baby shrimp. We dipped them in the sweet and sour sauce. I ate the ends whole after dipping and then took out the filling from the middle with my fork, eating the crispy outer crust last.

The main dishes were served in fancy silver covered dishes and brought out one at a time. First was Chicken Chow Mein, a mixture of sliced onions sautéed till very soft, with bits of chicken and celery. The dish was ceremoniously uncovered by the waiter, who always asked if we wanted to keep the cover near, to keep the contents warm. One of the less expensive dishes, it’s still a reliable standard by which to judge the quality of the food.

Once in a while dad would order Lobster Cantonese as a treat for our second dish. Here the glistening white pieces of plump lobster burst out of dark red shells, soaked in a creamy light sauce filled with eggy bits and pieces of pork and scallion. My sister loved this sauce so much she ate it without the lobster, mixed only with white rice. (She later told me that once, a piece of lobster shell got caught in her throat, and she was afraid to eat the lobster after that!).

There was an unspoken way that my family divided up the pieces of lobster in the dish. Mom ate the claws, which required work to get the juicy lobster out by either using the little lobster fork that came with the dish, or tediously sucking out bits. We always gave my father the biggest chunks of white lobster meat, the easiest to eat as they slid right out of the shell. I guess we felt he deserved them! And I ate all the other parts that required work, but not much. Even the shells were licked clean for their flavor.

This dish provided a good half hour of fun. In later years my father began to order Roast Pork with Chinese Vegetables for a change. We were not too fond of this choice at first, but eventually we learned to like the large pieces of soft meat ringed with red color and the crispy bok choy and other vegetables included.

A dessert of pineapple chunks with toothpicks, or ice cream, and always fortune cookies completed the meal. While we read our tea leaves in the bottom of the shiny blue and white china cups, Walter Chan would figure out what we owed for our dinner on the abacus at his desk in the back of the restaurant, below the hand carved wooden sign with his name prominently displayed.

Wherever I have moved or worked, I have searched the town for a cozy Chinese restaurant. Somehow, as a teen, those regular meals I enjoyed with my family fed my hopes and dreams that life would be good. Enjoying a simple Chinese meal today takes me back to that time when I did not question things, and dreamed of living happily ever after.